How GoPro Made A Billionaire. 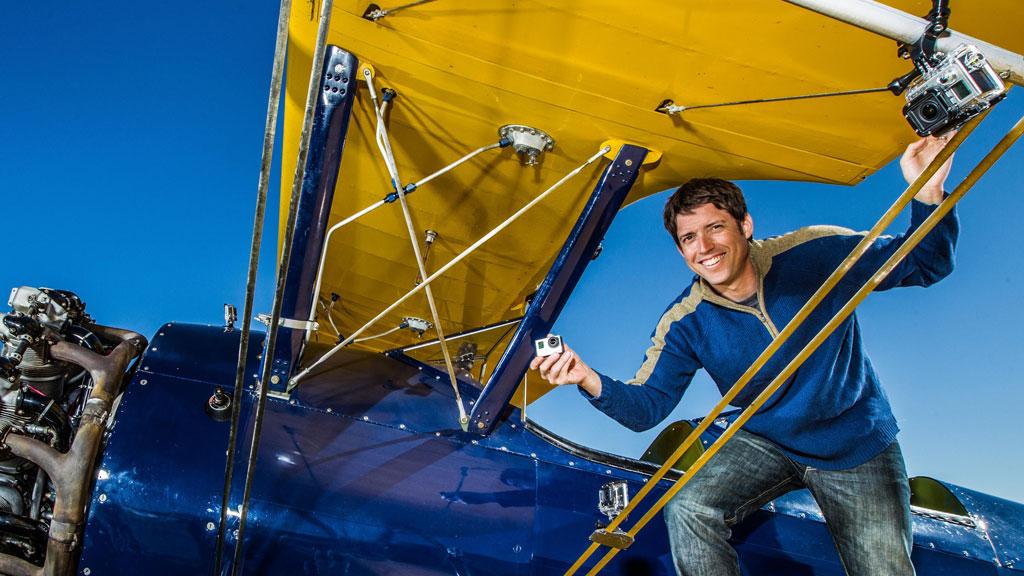 Some of you may never have even heard of the guy, but you will probably have heard of his products.

He is the founder and CEO of GOPRO Inc. At thirty nine years of age, he still acts like a seventeen year old. He is one of the new breed of young billionaires, the wealth attained through his company Go Pro. The manufacturer of small, easy to use action cameras and various accessories that goes with it. And everyone is using them in the pursuit of action and adventure. Those who partake in everything from rock climbing to skydiving, from scuba diving to motocross, from extreme mountain biking to jumping from back to earth from the edges of space, record their adventurous pursuits on GoPro cameras for posterity and for proof! Nobody films their exploits anymore, the ‘GoPro’ them. Also with the introduction of drone technology, GoPro’s have found a whole new way for the world to be recorded by the ‘Average Joe’ from a height.

Since the little camera made its debut in 2004, the sales of it have doubled every year since. In 2014, the GoPro range, sold more that two million units and grossed over half a billion dollars in revenue. That made the competition sit up and pay attention! GoPro now has many others looking for a piece of the pie and has come under pressure from worthy adversaries in the form of large corporations looking to enter and ‘play’ in this lucrative market. Woodman was raised in Silicon valley and was considered by those around him to be always a happy kid. His teachers said he was always smiling but seemed to always have a cheeky plan in production.

More of a sportsman than an academic, Woodman made it through school and college. He had a failed venture (Funbug) in the dotcom crash of 2000-2001 and when then business failed, it sucked up nearly $4million of funding that he had raised, of lot of which came from family and friends. After Funbug, Woodman took off for Australia and Indonesia to come to terms with the loss of the business and to figure out what his next step was going to be. On this trip, the idea for GoPro came about. He strapped a Kodak disposable camera to his wrist with a piece of elastic and headed out into the surf. And the rest, as they say, is (modern corporate) history. Read MORE…